Gimli: An Inconspicuous Little Fishing Town (with a Captivating History!)

Posted on September 23, 2018 by elinatravels

The little fishing town of Gimli deserves its own blog post instead of being bunched up into the rest of the places I visited in Canada. Why? Because it’s special to me.

No, no, it’s not what you think. While I am a European mix of things (Russian, Ukrainian, with a last name that’s Polish, and a grandfather who is part Belarussian), I’m only a mix of several countries that used to all be part of the USSR. There is no Icelandic in me, though, honestly, I wouldn’t mind if there was. Icelandic culture has always fascinated me–from their food, to their poetry. Add to that their Norse paganism/mythology and their Viking ancestry (though I am also familiar with the often-still-debated story of Vikings mingling and mixing with the Slavs around 862 AD and the theory that every Russian has a little bit of Viking in them), and I get lost in the storytelling of anyone of Icelandic descent.

That is how I ended up reading the book The Tricking of Freya by Christina Sunley. I found it wherever it is that I find most books–most likely either a thrift store or a little free library outside of someone’s home. The short synopsis of the book, taken from Sunley’s website, hints at what the book is about: A young woman obsessed with uncovering a family secret is drawn into the strange and magical landscape, language, and history of Iceland.

I skimmed through the book and was instantaneously captivated. There’s so much about Iceland that I don’t know, just like the main character in the book, and as she learns about the country and its history and culture, I’d learn along. The protagonist first travels to “New Iceland,” which is the town called Gimli on the west side of Lake Winnipeg in Manitoba, Canada, and there, her curiosity about her Icelandic heritage grows until she travels to Iceland to find out more. I read it before I began my trip to Canada–and while I did think about the story since because all good books stay with you for a while–I didn’t think I’d get to visit Iceland itself, or “New Iceland” in Canada anytime soon.

A month or two after reading the book, I found myself in Canada. I had plans to visit Vancouver, Squamish, Whistler, Banff, and Jasper, and then head back into the states through Montana. But the smoke from nearby fires in western Canada pushed me eastward. I looked at the map of current fires in the country and realized that they were almost all on the dry, western side, and that the east looked green and full of lakes. And since we decided to skip Montana, also due to fires (have you seen the video of the father and son attempting to flee the burning forest around them in Glacier National Park?!) and leave Canada through Michigan instead, I thought maybe we could find someplace interesting to explore along that route.

I opened up a map of Canada and studied it. Let’s see…we’d been to the province of British Columbia and Alberta. If we continued east through Canada, we’d cross Saskatchewan, Manitoba, and Ontario as well. Hmm, Manitoba looks like it has an enormous amount of lakes. Let’s zoom in and see what’s there…suddenly, I froze. The word “Gimli” stood out to me as if it were glowing. Wait, that’s familiar…Gimli, as in New Iceland? And oh, look, Lake Winnipeg! But that’s from the book I just read! And it’s on our way!

I ran to my boyfriend, bursting with ideas, and grabbed his arm and shook it back and forth excitedly. I thought I’d have to harass him a bit to convince him, seeing as how it was a little bit of an extra drive north, but he surprised me by exhibiting the same type of enthusiasm as I (he had not read the book but knew that I loved it and that was enough for him, apparently; he’s a sweetheart).

So, we left beautiful Banff National Park and drove east, eager to experience what we assumed would be a relaxing time in a lovely little lake town. But first, a mini history lesson: How did Gimli originate? Why did a bunch Icelandic immigrants end up in Canada? What drew them out of Iceland? 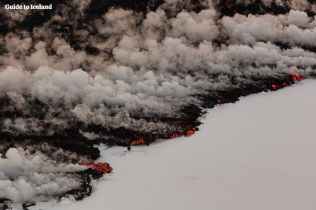 As you all probably know, Iceland is known for its frequent volcanic eruptions, and no wonder! It is estimated that the country has 130 active and inactive volcanoes because it is in the middle/on top of two tectonic plates and is therefore, right over a hot spot. Some interesting info on a few famous volcanoes–and how Icelanders sprayed spreading lava with seawater to stop it!–can be found here. Not on the list is Askja, a caldera in the Dyngjufjoll mountains that contains several volcanoes, including Viti. It is this volcano that Freya focuses on and it is the story of this massive eruption that got me so interested in New Iceland in Canada.

In the 19th century, many Icelanders had lost their homes and farms to the eruptions from that particular area as a blanket of ash covered the land, poisoning it and killing their livestock. A large part of the population in Iceland fled the country to find a new home elsewhere, 20% of the population heading to North America. In 1875, the first group of Icelandic refugees arrived to Gimli, a town that is part of New Iceland, on land that was promised by the Canadian government to the Icelandic people as a safe refuge from the volcanoes of their homeland. 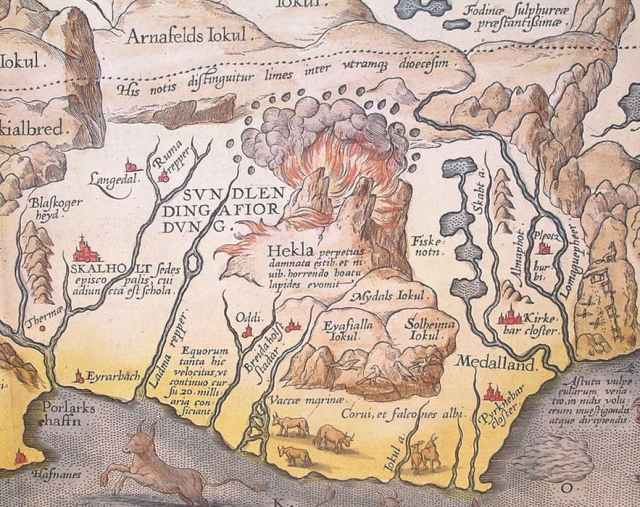 Initially, New Iceland operated as if it was its own little country of 2000 or so people. The settlers had their own laws, newspapers, schools, etc. and kept their culture very much alive. Eventually, the newcomers began to assimilate, especially with the foundation of the Icelandic National League of North America, which assisted Icelanders with adapting to Canadian life. The author I mentioned earlier, Christina Sunley, explained how, when she visited Gimli while writing Freya, she found it “was no longer a thriving Icelandic enclave.”

I didn’t care. I still wanted to see it. And see it I did. Details are all in tomorrow’s post.